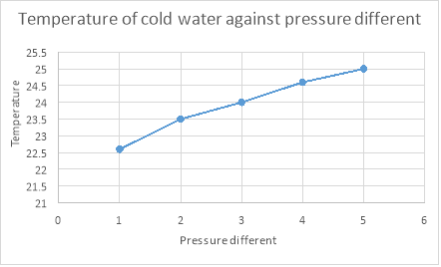 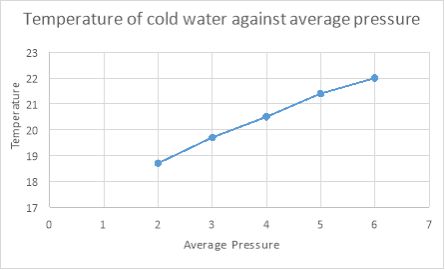 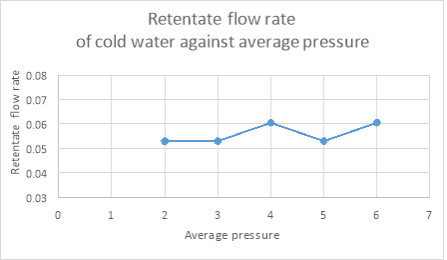 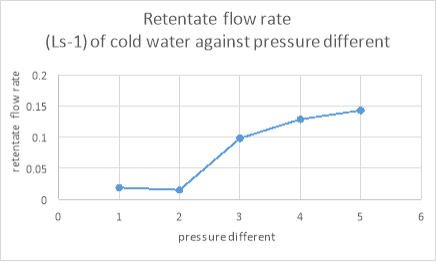 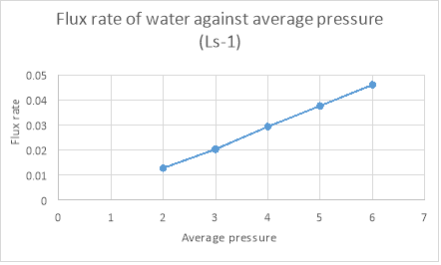 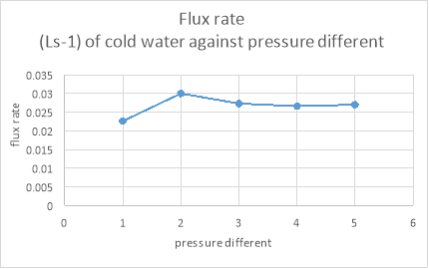 During ultrafiltration, molecules in solution are separated based on size using membranes (filters) of different pore sizes. Also, the feed stream is continuously re-circulated across the membranes with the primary objective of removing excess water and buffer from the feed stream. The simplest ultrafiltration setup consists of a vessel to hold the retentate and a pump to recirculate the product over the membranes.

So, the result is in below table. 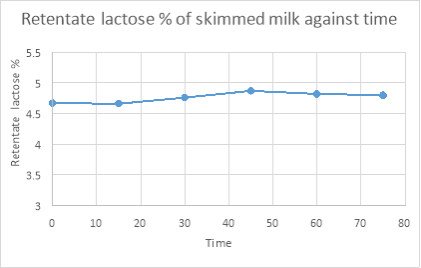 With respect to flux behaviour, the retentate and permeate fluxes decrease over time at different operating pressures during filtration. The filter medium resistance increases linearly with the filtration time at different operating pressures during concentration. Therefore, the permeation flux rate of skim milk will decrease with times.

The major problem in membrane separation process is decline in flux over time of operation. This flux decline is attributed to the fouling (In this case, retentate solids and protein accumulated) through ultrafiltration of membrane. Membrane fouling is affected by three major factors, namely, the membrane material properties, the feed characteristics and the operating parameters (Platt Nyström, 2007).

Since we have known that retentate and permeate fluxes decline during concentration of milk was measured with time of process, the possible reason has been suggested. In early staged of milk ultrafiltration, the characteristics of proteinaceous foulants and flux, and adsorption fouling is probably the primary mechanism of flux decline.

Estimate the power consumption for the highest pressure

So, the result is in below table.

Plot 1: flux rate curve of water and juice with pressure 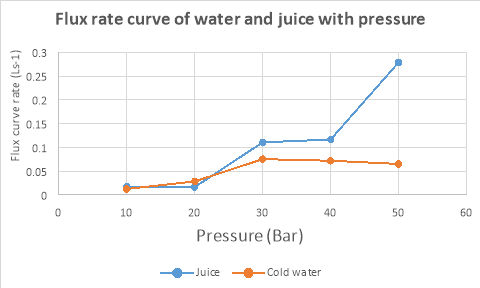 The flux of a RO membrane is directly proportional to temperature and pressure. According to the diagram, the flux rate pf water and juice are increasing because of the risen of pressure. In addition, the flux rate of water should be higher than the flux rate of juice at the same pressure condition because of the viscosity. However, it is not an experiment in ideal condition. In these two trial, the temperature of two sets of experiments are slightly different which might affect the result and difficult to compare.

Plot2: Temperature of juice and cold water against pressure 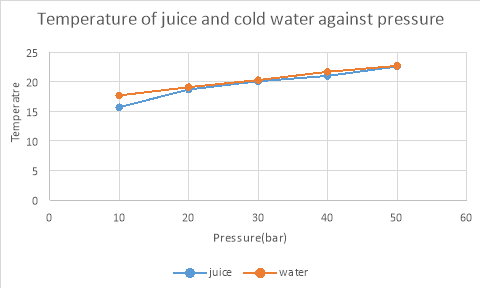 Is there any change of temperature during this procedure? If so, why?

How do the permeate flux rate and retentate solids change with time? 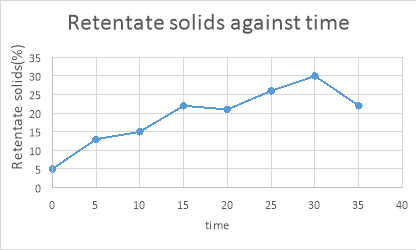 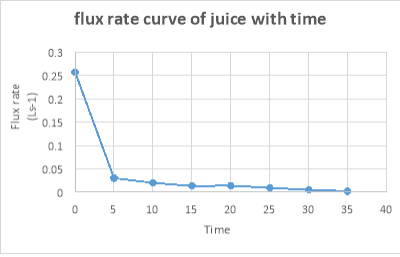 Base on the result, the osmotic pressure of a solution is related to the concentration of the solute and temperature. They are in proportional relationship. The flux rate of juice decreases with increasing retentate solid concentration. However, the acidic properties of juice might lower the rate of process. Because it would cause the membrane imperfections. From some studies, it revealed that higher the number and concentration of low molecular weight water soluble components in the raw juice, higher processing loss in reverse osmosis (Jiao, B., Cassano, A., & Drioli, E., 2004).

Plot 5: Temp of juice against time 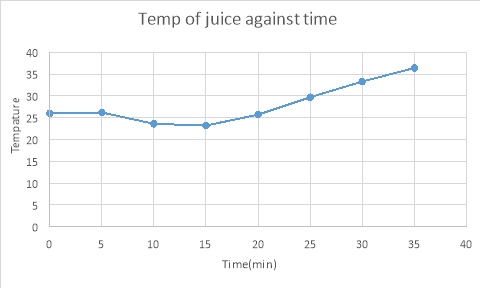 The average processing capacity can be increased by temperature rise of feeding material. Relationship of soluble solids and sugar was slightly increased. At higher temperature, the membrane permeability coefficient is higher, the diffusivity coefficient in the solution increases and the viscosity coefficient decreases.

Therefore, in our experiment, the temperature of juice is increasing by times.

In ideal condition, the speed of permeation of solvent depends upon the pressure applied, provide that the concentration of the solute constant and thus the osmotic pressure of the solution remains constant. For an ideal situation, the flux is linear to the pressure of feed. Also, requirements of ideal membrane are as follows: (i). The highest possible water permeability (ii). Greatest possible selectivity (iii). High pressure resistibility (iv). Reasonably long life when using in production (Martin, M., Eon, C., & Guiochon, G, 1975)

However, in our experiment, that is not in an ideal condition. The concentration of retentate solids are increasing and the membrane blocked to stop the process after 40 mins. Therefore, the rejection for sugar would happen when the foulants are on the membrane and not allow the juice pass through anymore. In this case, it happened at 40 minutes in the process. The flux rate is almost dropped to 0%. In normal industry, there are cleaning process to ensure the whole process are keep running and would not be stopped.