Properties of Some Ayurvedic Bhasmas

Investigation of Structure, Microbiological and Cytotoxic Properties of Some Ayurvedic Bhasmas

Ayurveda is the traditional Hindu medicine system practiced extensively in South Asia. In Sanskrit, the word Ayurveda is basically made of two components, Ayush – life and Veda – science and knowledge. This states clearly that “science of life” is Ayurveda. From ancient period Ayurvedic medicine is in use with the objectives: – i) to enhance health status physically, mentally and spiritually free of illness and ii) to cure disease with the help of natural diet, medicine. In ancient period if people get sick and injured there was a trend of use of medicine which is also known as folk medicine. Use of Bhasmas as Ayurvedic medicine has been known from as an alternative medicine. Use of traditional medicine includes Ayurveda, Ancient Iraninan, Korean and African medicine. But recently WHO has noticed that use of these medicines in inappropriate way may give some negative and toxic results. And research work is to be done for its safety and ascertinity. These days’ microorganisms are common organisms for causing disease (Shubha & Hiremath, 2010). Some of them can be cured with daily hygienic processes but most of them can be removed and recovered with the use of medicines. Ayurveda is the traditional Hindu medicine system practiced extensively in South Asia.

Ayurvedic medicine has wide range of composition, which also includes Bhasmas. Literally, Bhasma is something that is obtained from the process of calcination. Generally, calcination and incineration of any gem or metal substance is performed to prepare such formulations and used in any medicinal purpose as Ayurvedic medicine (Kumar Pal, 2015).

The Bhasmas are prepared from metals like gold, silver, iron, lead, mercury and arsenic and so on (see Tables 1 and 2). Metal constituent are supposed to have positive impact to human health through Ayurvedic perspective. However, in modern synthetic medicine heavy metal are considered toxic. The objective of this study is to test the impacts of these drugs on growth of microorganism. Lead, mercury and arsenic is considered as the harmful compound that may lead to different kinds of disease especially cancer (Patra, Bhattacharya, Mukhopadhyay, & Mukherjee, 2010).

The aim in this work is to analyze the selected Bhasma drugs with respect to their structure, perform their antimicrobial susceptibility tests and also to analyze the cytotoxic effect towards the cell lines. Furthermore, if there is any antimicrobial and cytotoxic behavior of the drugs, the attempts will be made to answer the following questions:

Table 1. Some of the Bhasmas intended to be studied in the proposed work

Tabl 2: Some Bhasmas that are produced by calcination of corresponding mineral compounds

Ayurveda is an ancient Indian system of medicine dating back to 5000BC. Literally ‘the science of life’, it uses animal, plant, mineral and metal based medicines to cure diseases. (Barve, Mashru, Jagtap, Pargiri, & Prajapati, 2011) (Patwardhan & Mashelkar, 2009) A part of Ayurveda called Rasasatra is concerned with drugs of the metal-mineral origin, their processing technique, properties and therapeutic applications (Sarkar, Das, & Prajapati, 2010). In Ayurveda, the drugs with mineral origin are considered more effective than those of animal and plant origin. Generally, metal minerals in the original form are toxic, non-absorbable and don’t have medicinal significance. Therefore, are transformed by various standard protocols before being used as drug. Pharmaceuticals with the metal minerals origin are called Bhasmas. Bhasmas is a calcined powder of mineral, metal, gems (Sangale, Suryawanshi, Chikate, & Khot, 2014).

Sworna (Gold) Bhasmas, Rajata (Silver) Bhasmas, Tamra (Copper) Bhasma, Loha (Iron) Bhasmas, Jasada (Zinc) Bhasmas and ashes of the minerals like Caury (cowry shells), Muga (corals), Sankha (conch shell), Sipi (oyster shell) and others have been extensively used as Bhasmas in Ayurvedic medicine (Adhikari, 2014) (Krishnamachary, et al., 2012) (Sarkar, Das, & Prajapati, 2010) (Wadekar, Rode, Bendale, Patil, & Prabhune, 2005). The importance of the proper dose and way of administration of Ayurvedic drugs has been studied. It has been found that improper application of the Bhasmas lead to the death of the patients. The death is due to the accumulation of the heavy metals in the soft cells (Sarkar, Das, & Prajapati, 2010) (Kapoor, 2010). However, heavy metals are drugs if they are supplied within recommended limits on their labels for plant and animal. Preparation methods determine the therapeutic efficiency as well as level of toxicity of the Bhasmas (Nagarajan, Rajan, Krishnan, & Sethuraman, 2014).

Formulation of Bhasmas based on standard protocol reveals nanostructured morphology. These metallic nanoparticles are taken along with milk, butter, honey, ghee which eliminate their harmful effects and intensify their biocompatibility (Formulation, 2014). Jasada Bhasma has been used for treatment of diabetes, arthritis and tuberculosis. Rajata Bhasma is used to cure muscles wasting, brain diseases and nervous disorder. Similarly, Sworna Bhasma is used for arthritis and rheumatoid (Adhikari, 2014) (Patwardhan & Mashelkar, 2009). These are the ancient formulation of the metal and minerals based drugs in Ayurveda. In modern medicine, the trend of the using the metal nanoparticle is increasing for curing diseases. Modern nanoparticles through a several chemical modifications are used in the preparation of the nanodrugs. Recent trend on modern medicine shows that nanoparticles from gold, silver, iron, zinc can be used against several chronic diseases. Gold nanoparticles have high therapeutic potential to fight against cancer and act as drug delivery vehicles (Khan, Vishakante, & Siddaramaiah, 2013) (Dobrovolskaia & McNeil, 2007) (Patra, Bhattacharya, Mukhopadhyay, & Mukherjee, 2010).

Therefore, the systematic studies of the many Bhasmas are still behind the horizon. Such Bhasmas may have potential for higher therapeutic values for curing chronic diseases. So, to investigate the science behind the different Ayurvedic Bhasmas, in particular with respect to their structiure-properties correlations, and their medicinal values will be the topic of the proposed project.

The proposed research will encompass different interesting questions which will be attempted to solve in the course of the study.

Although heavy metals have proved poisonous effects and have a predominantly unfavorable reputation in the modern scientific society, these have been used as pharmaceutical agents since first century B.C. Traditional literature like Rasatarangini, Charaksamita, Rasratnasammuchaya compiled the processing, manufacturing and therapeutic application of heavy metal containing drugs. Different studies show that formulation with heavy metal has toxic effect. The toxicity level depends upon various factors such as processing of raw materials, method and amount of consumption. Heavy metals with nanoscopic structure are generally absorbable inside cell. Recent trend also shows that nanoparticles of gold, arsenic, silver have pharmaceutical potentiality. That’s why well documented study on Bhasmas prepared from heavy metals is needed for their appropriate use as well as for the proper understanding of their structure-properties relationships.

Preliminary works have been performed in a variety of Ayurvedic drugs including some drugs comprising Arsenic compounds (Harital) by the research group comprising the some of these members of the present consortium (Panta, Bhandari and Lamsal, and Adhikari 2017). Microscopic, spectroscopic and antibacterial tests were performed on some of the drugs. The compounds exhibited quite strong antibacterial activities again gram positive and gram negative bacteria. Nanomechanical aspects of the Bhamsa drugs were also review some time ago to find the parallel between modern nanomedicine and ancient ayurvedic Bhasma (Adhikari, 2014). Thus, there is a sufficient background information and nalaytical skill in the research group to perform successfully the proposed research works.

The proposed work is aimed at the investigation of physico-chemical structure as well as microbiological and cytotoxic properties of different Bhasmas.

The research will begin with detail literature survey to eliminate the possibility of duplication and to determine possibility of conflict of interest. The commercial Bhasma will be collected and sample preparation will be done in accordance to the availability of Bhasma in the market while strictly following the procedure described in the Ayurvedic books. Pertinent physical and chemical properties will be studied and the sample will be sent for characterization. X-Ray Diffraction, Optical Microscopy, Electron Microscopy and Spectroscopic Analysis will be performed. After characterization, based on the composition, the proper solvent for the drugs to enter the cell will be selected. Biological assay will then be carried out according to standard protocol. The assays include anti-microbial, cytotoxicity and antidiabetic. The obtained results of all above tests will be compile and analyzed manually or using computer software wherever applicable. The report will then be prepared. The above process is illustrated in the flowchart below. The research plan including the anylytical procedure is depicted in Scheme 1. 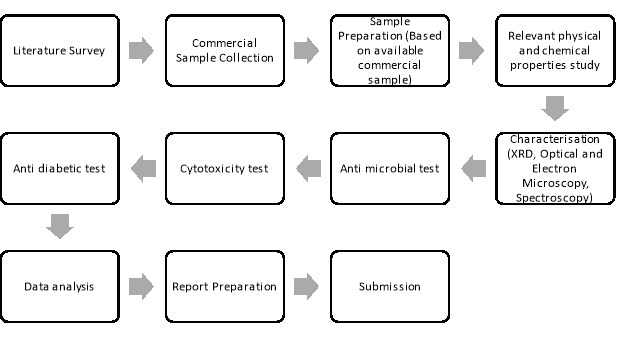 Scheme 1: Flowsheet depicting the analytical and research plan for the proposed work

It has been proved by earlier studies that the Bhasmas prepared after using standard protocol should reveal nanoparticles which are thus expected to show anti-microbial activity against pathogenic bacteria and fungi. It is the topic to explorer the opportunities that the Bhasmas might exhibit pharmaceutical potentiality against cancer, diabetic and HIV/ AIDS. This study is expected to deliver the following outcome after completion of the works.

This study associates with a variety of people who have been working with Bhasmas as family business for many generations.

Today nano-medicine is emerging as new revolution worldwide and has several promises. The exploration of nano-formulations in medical field has made us to dream of several opportunities. The study of the Bhasmas will help to gain those goals. There is higher chance of innovation of new drugs by mixing the indigenous knowledge with modern technology of drug discovery and delivery. These efforts on Bhasmas are directed toward finding solution to crucial issues of infectious disease and in particular tackling with more vulnerability the comeback of diabetics, HIV/AIDS and the devastating spread of cancer in world. However, more effort has to be done to uplift the potentiality of Bhasmas to that of modern nanodrugs. More research is desirable which explore the co-relation between structural nature and mechanism associated with their therapeutic activity. This study can provide pathway to enhance the use of traditional Ayurvedic medicine and helps to preserve the traditional knowledge.

Kapoor, R. C. (2010). Some observations on the metal-based preparations in Indian systems of medicine. Indian Journal of Traditional Knowledge, 9(3). Retrieved from http://hdl.handle.net/2248/3544

Ayurvedic drugs are indigenous technology of Nepal. The practice incorporates a wide variety of social groups during the raw material collection, purification, processing, delivery and prescription of medicine. Moreover, the need of raw materials opens door to industrial and entrepreneur investment. The work we have proposed thus can impact a variety of national priority which will be described in detail below

Bhasma is found to have significant effect on the cure of tuberculosis. They are also expected to cure diabetes, cancer and other non-communicable diseases. The reduction of these communicable and non-communicable disease is a part of the Sustainable Development Goal (SDG). The formulations studied in our work can play a major role in meeting the SDG as well as in improving the health indicators not covered in SDG but is a common health problem in Nepal such as rheumatic and skin disease [SDG]

Bhasma is unquestionably the local intellectual property of Nepal which requires protection before it becomes the victim of modern medicine hegemony and foreign trademark. This work will be a step to the documentation, standardization and recognition of the ancient knowledge which is not yet accepted as a scientific truth. Understanding and patenting the rights in the country will prevent local knowledge from being foreign property. This project is also a step towards proper documentation and preservation of rare and endangered books.

Preparation of Bhasma is a traditional example of top-down nanofabrication. Nanoscience and nanotechnology is a burning research field. However, only a handful of work has been done in this field. Government as well as private investors are reluctant to investment on nanoscience. This project can be an invitation to industries as well as academia to focus on nanomaterial synthesis and use to solution of everyday problem.