Priority Pollutants and Their Health Effects

The Priority Pollutants are a set of chemical pollutants EPA regulates, and for which EPA has published analytical test methods. the Priority Pollutant list published at 40 CFR 423, Appendix A,An estimated 25% of death and disease globally, is linked to environmental hazards. The WHO, EPA have listed the persistent pollutants, which are included in this article along with the major and few minor health hazards of the vivid categories of pollutants. [1,2]

The priority pollutants can be classified on the basis of:-

The Environmental Pollution Agency have short listed the priority pollutants. 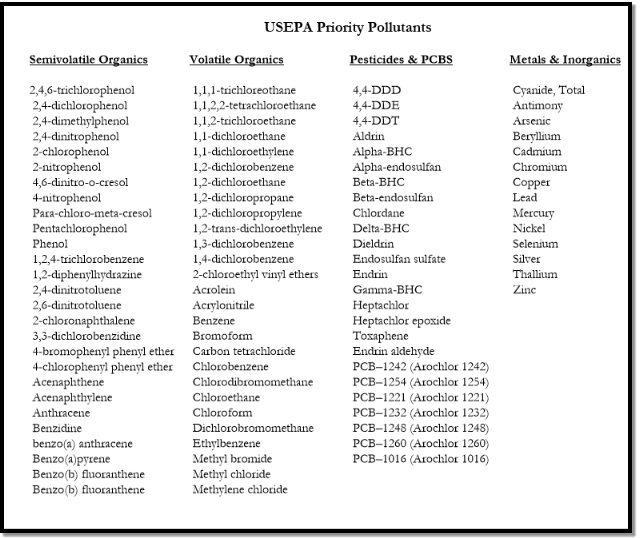 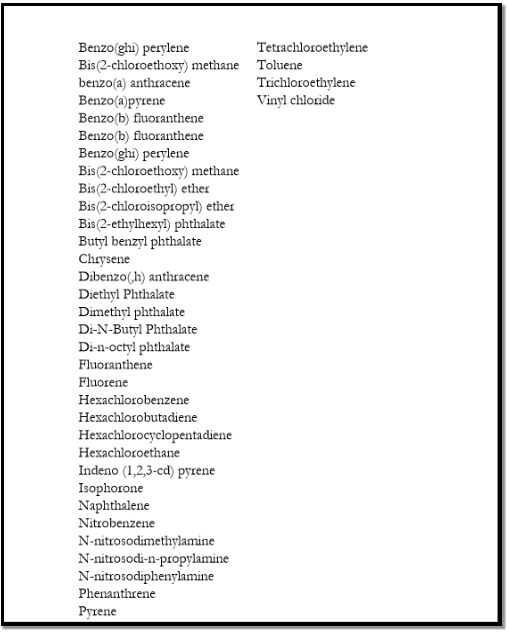 Priority pollutants can be divided into 3 categories:-

The major and general health hazard due to metals is their direct influence as a carcinogen.[7,8]

Health hazards due to Arsenic

The organs affected the most are:-

Pesticides enter the food chain through water. This includes the derivatives of chlorinated hydrocarbons, herbicides and insecticides used on the soil. The mentioned categories of pesticides are very resistant and persistent in the environment, and have become ubiquitous over the years. The regularly used pesticides are mentioned.[5,13]

HEALTH HAZARDS DUE TO PERSISTANT PESTIDICES AND INSECTICIDES

Pesticides are designed to kill and because their mode of action is not specific to one species, they often kill or harm organisms other than pests, including humans. The health effects of pesticides depend on the type of pesticide. Following are the health hazards caused due to Organophosphates, DDT, Lindane, Carbamate and Pyrethroids. [5]

The major health hazards of pesticides are:-

Acuteorganophosphateandcarbamateexposure causes signs and symptoms of excess acetylcholine, such as increased salivation and perspiration, narrowing of the pupils, nausea, diarrhea, decrease in blood pressure, muscle weakness, and fatigue. Some organophosphates also have a delayed neurological reaction characterized by muscle weakness in the legs and arms. [11]

This group of Pollutants is wide ranging and consists of :-

HEALTH EFFECTS DUE TO ORGANICS

Knowing about pollutants and their health hazards is not the end of it. Research has to be done on ways to curb this disaster and irreversible damage that has lured on our environment. Effort has to be made to find ways to tackle this pollution and PRIORITIZE Our Mother Nature and Human Health rather than POLLUTANTS!