Neurology deals with complex and rare disorders. One of the most common neurodegenerative disorders is multiple sclerosis.[1] Multiple sclerosis is a disorder of central nervous system. It is characterized by demyelination, mononuclear cell inflammation and axonal injury. Axonal injury is rarely observed.[2] MS sclerosis is generally categorized under autoimmune disorders. Its causes are unknown.[3] Genetic as well as environmental factors play an important role in development of MS.[1] Elvin Cabalt was the first person to recognize the immune mediated infflamatory response in central nervous system of MS patients. He also found that oligoclonal immunoglobulins are present in cerebrospinal fluid of MS patients.[3]MS affects young adults more than any other age group.[4] It affects females more than males. 2.5 million individuals are affected with MS amongst which 70% are females.MS affects. The incidence of occurrence of MS in individuals varies amongst different regions. It affects northern European population more than the Asian and African population.[5] There is no much sensitive and specific diagnostic test or method for diagnosis of multiple sclerosis.[6] 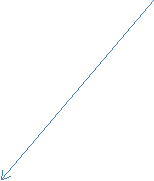 1. Relapsing MS: Relapses are the most important features for diagnosis of multiple sclerosis. Relapses may produce complete i.e permanent or temporary loss of function.[8]

The relative proportion of all the types of MS was studied in American population. The observations are as follows:

There are many environmental factors involved in the development of MS.

It is important to know that the clinical symptoms of two different individuals suffering through MS differ from each other.

The clinical symptoms of MS match with other common neurological disorders therefore it is difficult to diagnose MS at its early stage.[3]migraine may sometimes coexist with MS in case of females[6]therefore sensitive techniques are required for incorrect diagnosis MS .[6] some of the diagnosis methods are as fpllows:

1. Use of anti-CD20 antibodies: Rituximab is used to treat mostly the patients suffering from primary and relapsing remmiting MS.[20]