Title: How are the impacts of global warming best managed? 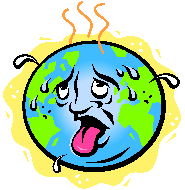 Did you know that there is more carbon dioxide in the atmosphere today than at any point in the last 800,000 years?11 This is a massive contributor to global warming, is mostly induced by human activity and needs urgent attention. The impacts of global warming could feasibly be managed at a variety of scales, local, national and global, but before deciding which approach or combination of approaches is best, we must surely look at the causes, that way we potentially find a cure as opposed to merely treating the symptoms.

Over many centuries, CO2 levels have built up, trapped beneath the Earth’s ozone layer, creating an ever thickening ‘blanket’. This is a big problem for us as it will take many centuries for it to be dispersed. Furthermore, rainforests and large areas of vegetation have been removed. This exacerbates the problem of adding extra CO2 when we are essentially removing our natural carbon storage devices.

There is a proven strong link between population size, economic activity and our consumer led lifestyle and global warming. As the population has risen over time, so has the level of production of greenhouse gases, further contributing to global warming (see Fig. 1)

China, the most populated country on the planet, which had a population of 1.241 billion in 1998 and 1.351 billion in 2012 4, has seen a rise of 100.1 million people in the space of 10 years and has become the world’s biggest contributor of emissions, therefore leading me to believe that one cause of the worsening of Earth’s global warming is down to overall population increase. However, it would be short sighted to say that this is the only determining factor. Globalisation and extensive economic development/industrialisation is fuelling China’s consumption of fossil fuels and it’s carbon footprint. 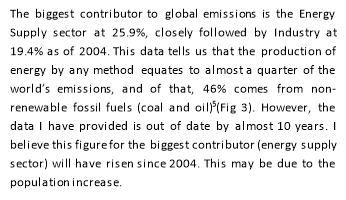 Fig.2 below shows the Global Warming Emissions by Economic Sector 1 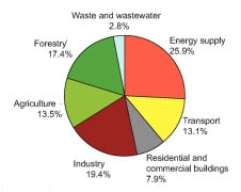 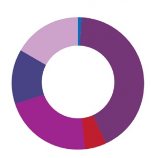 If we could manage our use of fossil fuels, we can begin to control our carbon excesses, but that won’t reverse the damage already done.

From a different, more focussed local perspective, a cause of climate change is the relentless mass production of new products. Most of the ‘old’ products were sent to landfill sites. Eventually this emits methane (a greenhouse gas). It is only recently (last 20 years) that we have seen the introduction of extensive recycling schemes to try and alleviate this. This allows re-use of materials, helping to reduce emissions from factories producing new materials, as now there is less demand for them, reduces emissions from landfill sites and helps oil supplies last longer. If local schemes like this are continued to be emphasised as they are now, I believe this will have a significant impact on climate change and global warming.

Telford is an urban area with a population size of 155,000 (2010). Telford’s economy is tertiary based, with some manufacturing. Telford & Wrekin Council reported emissions of 18,728 tonnes from the usage of gas, electricity and oil within its property portfolio which includes schools, libraries and leisure centres13.

Telford and Wrekin is home to a coal fired power station (owned currently by E.on), which contributes significantly to our local CO2 emissions. As a result of national government’s pressure on local councils to act upon the effects of global warming (Agenda 21), Telford and Wrekin council operates a recycling scheme as a way to cut down on the amount of household waste sent to landfill. Reusable items from households are collected fortnightly and sorted at a recycling centre in the town. The scheme is encouraging in every way. The page about their recycling explains why you don’t have to pay an upfront cost (definitely a positive, good for getting the public on board): because the council saves a great deal of money by recycling; this is cheaper than sending rubbish to landfill. I believe the Telford and Wrekin council runs their recycling scheme very well, ensuring each household has the right containers and are adequately advertising the programme. Since recycling was introduced into Telford, there must surely have been a huge reduction in the amount of rubbish sent to landfill, thus reducing the volume of CO2 emitted into the atmosphere. Telford’s recycling scheme, however, may not have come into existence if the effects of global warming had not been recognised. [used 15]

The council are also very conscious about the amount of gases released from industrial processes, believing it is very easy to let it get out of hand, to pose a health risk and to harm land, water and air quality through pollution. Therefore, they use a regime called ‘Environmental Permitting’, also known as pollution prevention control, whereby “it is an offence for any person/company to operate a permitted (prescribed) activity without a valid permit.” 14

The UK government is keen to mitigate the effects of climate change by looking to reduce our reliance upon fossil fuels for the generation of electricity. It is encouraging energy companies to look at alternative sources eg renewables like wind and wave and is also encouraging individuals to ‘do their bit’ by part funding their investment in solar panels – many homeowners may see this as the crucial time to invest in solar panels for the roof of their house. This is seemingly confirmed by governmental minister Greg Barker. He states:

“Solar PV can play a central role in meeting this challenge [global warming]. It’s a genuinely exciting energy technology which has already seen rapid growth and enjoys strong public support. I want this growth to continue and to help us push further ahead in the global race”

I believe that the amount of energy produced from renewable methods will increase. It has been predicted that wind and solar power production will increase 4% by 2018 from 2011 figures.2

In time, the polar ice caps will melt as a result of the higher temperatures brought about by global warming. This will cause a rise in sea levels. It is predicted that by 2100, the global sea level is estimated to rise 28 to 98 centimetres (a maximum of more than three feet)10.

Having a warmer planet will interfere with countries’ climates. It has been predicted that on average, there will be more warmer days, and fewer colder; there has been a rise of 0.7°C over the last century.1 Even in our country, UK, we can see the changes to our climate: in recent years, we have had more prolonged spells of sunny weather in the summer months, and much more severe snowy conditions, eg January 2011. In addition, the extreme weather will result in a global increase in the amount of money put towards predicting what may happen. And when this isn’t enough, even more money will be spent reducing the overall impact of climate change.

Global warming could lead to water becoming harder to come by in some places. There may be increasing competition over water, which could lead to conflict between nations and areas of the world.

How is global warming being managed?

In recent years, many countries have created laws that restrict the amount of emissions they produce. For example, the Kyoto Protocol was set up to attempt to control the problem. It was intended to monitor the greenhouse emissions produced by all countries that signed, and reduce them by 5% below 1990 levels by 2012; some countries, such as UK, have subsequently set their own targets (UK 12.5% by 2012)6. But not all countries in the world have signed, so in my opinion, the protocol is not at its most effective. If all countries signed up to the Kyoto Protocol, I strongly believe that this would be an extremely effective method of reducing climate change because the whole world would be tackling a global problem as one, hopefully better than using many different methods which may lead to confusion.

Recently, the UK has raised road taxes, perhaps in a bid to discourage the public from buying and using cars emitting large volumes of harmful gases. Cars that emit high or excessive amounts of emissions are charged a higher road tax, and the opposite for those that produce a lesser amount. However, I feel that this £140 road tax fee would not be enough to discourage most motorists. Many may see this as simply an additional cost to pay for the car, rather than thinking about or realising the true reason for the extra cost the government has imposed.

In cities such as London, a congestion charge has been put into action since the year 2002. Between 07:00 and 18:00 Monday to Friday, vehicles are charged for using particular roads in an area of London. This was introduced to encourage motorists to use their cars less, resulting in a decrease in emissions. On the first day 190,000 vehicles moved into or within the zone during charging hours, a decrease of around 25% on normal traffic levels, partly due to it also being the half-term school holiday8. However, this congestion charge area may backfire. I think that there would be, before and after the congestion charge was imposed in 2002, exactly the same number of vehicles wishing travel to destinations at these times, if not more. The tax may in turn bring the opposite to the desired effect- vehicles would travel a further distance around the area to avoid paying the money, thus increasing harmful emissions produced, not what the scheme was implemented for. 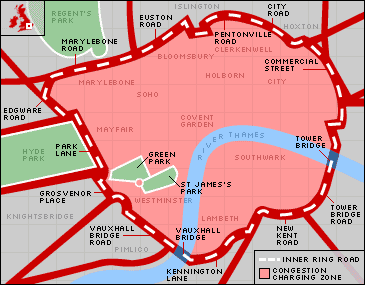 There are many scenarios that could emerge as a result of the pressure from the local council and the national government alike. Telford and Wrekin council’s recycling scheme could be increased in capacity in relation to its success- we could see in the future more frequent collections, possibly once a week, and an even bigger reduction in the amount of waste this town sends to landfill, again reducing the effects of climate change.

What if we do nothing? It is after all the cheapest option! Can ‘nature’ protect itself? If we consider unmanaged coastal erosion, nature usually ‘stops’ in time. Sea level rise will inevitably ‘drown’ low lying countries but it is a slow process, so we have time to relocate those people or to manage the effects eg building coastal defences to protect them.

Alternatively, we look to generate power solely from renewable sources; this way, very few or no emissions will be released into the atmosphere. However, this doesn’t solve the here and now issue of the current emission levels!

One viable solution for the future may be to avoid transporting goods far distances across the world, such as to the UK from China. But, factories will need to be built in the countries the goods are intended for in order to use less ‘air miles’. However, this is not completely feasible as some countries have very little room to accommodate the factories. It does however mean that the emissions impacts are felt in the place that created them, which is fairer than at present.

I believe that some of the best ways to combat the impacts of global warming include:

The smallest changes can, collectively make the biggest difference. If everybody could pull together to address the issues surrounding global warming and climate change, I believe we can achieve a sustainable future. However, I feel that we need to better educate people so that they do not adopt the selfish, ‘couldn’t care less, not my problem’ approach.