Impact and Application of Nanotechnology 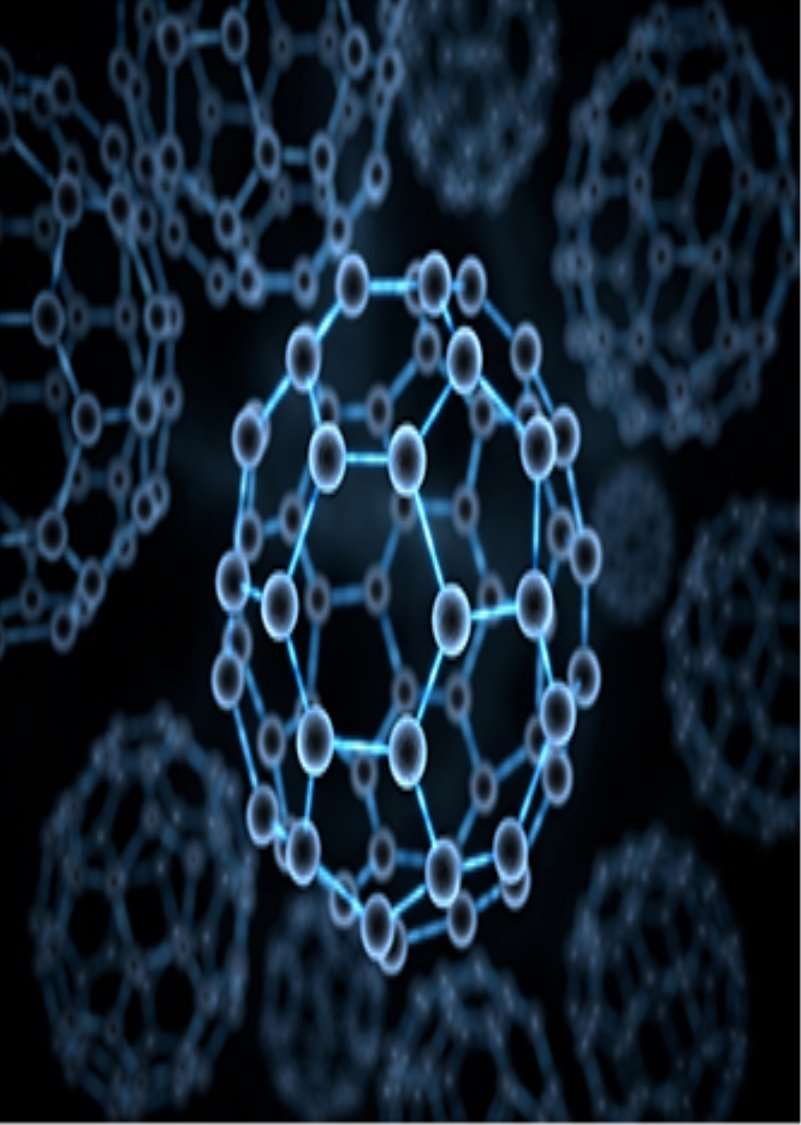 The wonders of nanotechnology

This project is going to inform you on the wonders of nanotechnology and how it can improves our lives in the future. Also, the different ways in which nanotechnology is assessed as an entirety in regards to it being a benefit for the future or harmful. We will explore the purpose of the researching into nanotechnology.

Identifying and evaluating the purpose of the research

In the next 5 days using the information gained throughout online research and reading a book construct a plan of different analytical techniques that can be used to evaluate nanotechnology ( i.e. methodology, evaluation and summary) and come to a conclusion.

A nanometre is a billionth of a metre. (Report in co-operation with the OECD International Futures Programme 2016,p 6) “Nanoscience is the study of phenomena and manipulation of materials at atomic, molecular and macromolecular scales in order to understand and exploit properties that differ significantly from those on a larger scale”. (Report in co-operation with the OECD International Futures Programme2016) [DS1]Nanotechnology is any design, structure, systems of materials or materials when working from 1-100nm. Nanotechnology involves an array of scientific disciplines such as chemistry, physics, biology and electronics and engineering. It has been around since the ninth century. However, modern technology enables us gain an insight and thus be able to exploit the working of nanotechnology. Additionally, it has many advantages that may able to develop civilization and improves our lives or may be a drawback to society and cause more harm than good.

Nanotechnology would be paramount to future of humanity due to the fact that it has many desirable applications, not only that, it is used in a vast amount of different fields. Therefore, it’ll help the world develop and make improves the well-being on a global scale. The up and coming field has many potential contributions to medicine. (Report in co-operation with the OECD International Futures Programme 2016,p16)[DS2] have said Nano devices could be used for encapsulation: there are Nano capsules that are used for cancer patients. The capsule (quantum dot) travels to the site of the tumour without damaging healthy cells then diffuses and releases the toxins at an appropriate rate, killing the target tumour. A similar method could be used to detect diseases in patient’s at the most primitive stage to prevent any detrimental progression. Nonetheless, in the clinical field extensive trials have to be taken for the drug to be deemed suitable. This means that all the medical applications of nanotechnology will take the longest to come to fruition. Drug delivery is would be the most profitable application of this technology. Thus billions or trillions of dollars should be invested into this.

The most popular use and potential part of nanotechnology is the Nanotube. It is made of carbon and a carbon nanotube is a cylinder of carbon atoms covalently bonded together. The nanotube popularity stems from its properties and structure. (Richard Booker, Earl Boysen 2005,P 68) “A sheet of graphite is very strong because of the interlocking carbon-to-carbon bonds. The graphite sheets can slide across each other easily, which makes graphite useful as a lubricant”. The tensile strength of the nanotube is close to 100 times greater than that of steel of the same diameter. According to Report in co-operation with the OECD International Futures Programme (Report in co-operation with the OECD International Futures Programme 2016,P10) Therefore, carbon nanotubes could be used for car to absorb a significant amount of damage due to its high tensile strength or gurder that bend instead of rapturing in an earthquake. (Report in co-operation with the OECD International Futures Programme 2016,P 9) However, there are problems with the nanotube, one of which is it is difficult to interact with different materials. For instance for functionalisation (changing the properties of nanotube by chemically binding it with other chemicals) to occur the nanotubes need to be reacted with a polymer. But this reduces the effect of its properties. Nonetheless, Scientists are trying to discover a way to overcome this process without inhibiting the properties of the nanotube.

(Richard Booker and Earl Boysen, 2005[DS3])Nanotechnology is still in its infant stages. Nonetheless, it’ll blossom slowly and become intertwined into most fields; nanotechnology will become an integral part of our lives like mobile phones.

(Richard Booker and Earl Boysen, 2005[DS4]) Albeit, nanotechnology has a lot of potential to pave the way for the next revolution to become something great. However with new technology there are always social, economic and ethical issues that we have to consider, to allow commercialization for the new product. As nanotechnology is still progressing humanity is unaware of the detriment to the environment or the damage to the people of the future generation that may transpire. Unfortunately, there have been recent studies to that show toxicity exist through the result of using nanomaterials. Additionally, government and corporations are observing the effect on nanotechnology with gm crops to human health due to the fact that it’ll affect the chain, ultimately it may bring forth damage to humanity. Furthermore, there have been experimental results that cause major concern: single-walled nanotube can cause lesions in the lungs of rats. 15 percent died from suffocation!

A plethora of people have trepidation for the division that will become more apparent between rich and poor countries nanotechnology will cause; exclusively developed countries will be benefiting from the reward of research due to having sufficient money to mass produce and distribute the products stemming from nanotechnology. (Richard Booker and Earl Boysen, 2005) Countries with less-educated works would be unable to compete in the nano technology-related future due to a lack of knowledge. Benefits in medicine will be focused on financial issues and won’t be shared equally. Therefore, poor countries wouldn’t be able to improve their medicine to improve people’s lives and/or wellbeing.

Some governments had the privilege to invest money into nanotechnology with genetically engineered foods in the super market shelves. Which causes controversial quarrel and an uproar due to the dangers if nano foods and pesticides that may impede on the health of others. (Richard Booker and Earl Boysen, 2005) ” Poorer countries”. To conclude there are many negative aspect of nanotechnology to consider. Humanity should ask the question; does the positive of nanotechnology outweigh the negatives?

There many benefits of nanotechnology. The advantages are that it can be used in many different disciplines and scientific fields. Because scientist are learning more about nanotechnology everyday there are more discoveries that could be made to benefit a lot of people. The options are limitless.

On the other hand nanotechnology has concerning disadvantages. The disadvantages are scientists don’t know the damage that could be caused to the environment and people’s health. Poor countries may face the most difficulty[DS5].

Overall, the benefits of nanotechnology outweigh the disadvantages because scientists could find various ways to overcome to the difficulties as they could make more instruments to understand how atoms and materials work. Nanotechnology will cause a great paradigm shift because it’ll be involved in many fields[DS6]. There have been trillion of dollars invested into to nanotechnology and an astronomical time put into it. Therefore, it would be wise to put our time to good use and allow nanotechnology to come to fruition.

More time should be time and money should be invested into nanotechnology so we can develop it further. It has great potential and it should not go to waste.

The researcher should always bring integrity, fairness and honesty to ensure anyone involved in an experiment is safe and it give you a piece of mind as you are being honest. Integrity in tells no coercing or deceiving the people involved. This means the participant should be willing to volunteer information; they have the right to withdraw from the research at any stage. Honesty involves considering the impact on people lives and environment to judge if the research or experiment will be pragmatic and will be more beneficial than a hindrance. In addition, is the experiment morally right? Because there could me more benefits than harm but the lives of test subjects may be put at risk or harmed. That is the most significant aspect to take into account. The scientist carry out primary research must always be explicit in what they tell the participants of what will occur so they don’t have a failed understanding. For example they should be aware of the possible outcomes of the research, the associated demands and discomfort people may experience. If the experiment may cause danger to a person’s life the experts conducting the research must have strong justifications of why it is necessary. It is vital that there is academic integrity. Thus you must have permission to use intellectual property such as journals. And you shouldn’t assume you have automatic permission. Being ethical is crucial because it protects the scientist from losing their job, losing money or in some cases being arrested; it protects anyone involved in research to be protected as well.

The method used to collect data was by reading books to gain an insight as to what nanotechnology is. Looking at different journals online and thinking which one is the most relevant to the subject. At each stage the way information was collected is by writing down ideas and knowledge obtained from secondary research to think of a logical order to structure the findings. This allows the project to be coherent. The role of the researcher is to find important a sufficient amount of information to implement into the project. There isn’t much way the personal behaviour of the researcher can be effect because the research is secondary. The best research method for gaining textual data was by reading it thoroughly and observing as which data will be relevant. Then extracting and compiling the relevant research. For the project numerical data wasn’t needed to understand nanotechnology, although it could have been used to observe and think about the subject on different angles. (April Klazema ,june 12,2014[DS10], )”The main difference between objectivity and subjectivity is in the way that these arguments are presented. Subjective information – whether it is in written or spoken form – is generally considered to be a single person’s opinion. It has a viewpoint, or possibly a bias, regardless of the information it provides”. Remember to reference 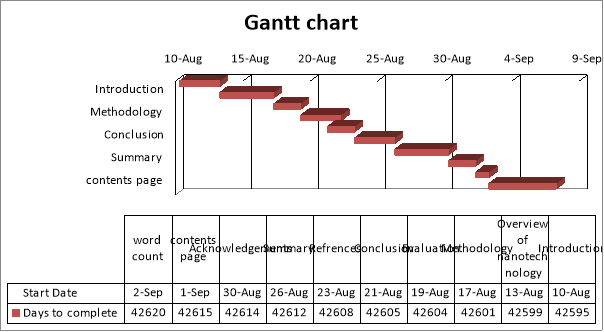 Opportunities and risks of Nanotechnologies , Report in co-operation with the OECD International Futures Programme 20016

[DS3]This need to be at the end of the sentence with the period after the last bracket.

[DS4]Another way you could have used this reference is: Albeit, broker and Boysen (2005) suggestsâ€¦

[DS5]A reference would be needed to support this statement.

[DS8]What ethical constraints would this field of study face? And how would you address them?

[DS12]This is not the format for Harvard referencing.