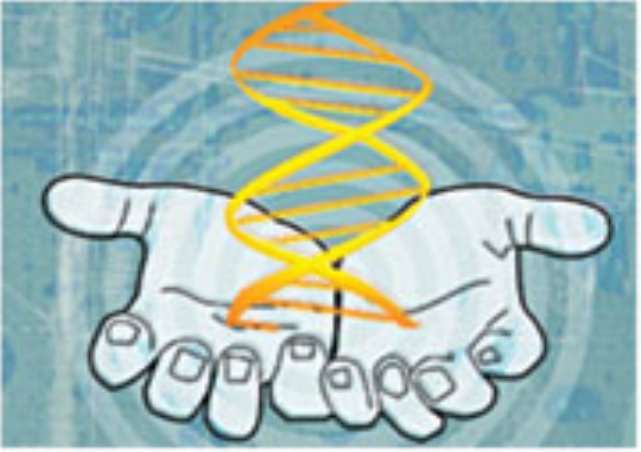 What is Genetic Screening?

Genetic screening is a process in which DNA is tested to check if a person has any genetic indicators of diseases. It can also be defined as an experimental technique used for identification and selection of individual who possess phenotype of our interest in a mutangenized population. Thus genetic screening can also be called as phenotypic screening. It helps us to provide a better insight of functioning of gene in an individual. It has got applications in various genome project. The functioning of gene can be well determined by Forward genetic screen or Reverse genetic screen. Forward genetic screening first approaches towards the phenotype and then moves towards identifying genes i.e, genes responsible for a particular phenotype in an individual is identified. Whereas in reverse genetic screen it starts with gene or set of genes and moves towards analyzing the resultant phenotype by assaying its effect of disruption. A defined genetic background of organism being used and constant experimental procedure for identification of mutants of interest are the two key component of successful forward genetic screening. Define genetic background helps to identify and locate affected genes in mutant individual with greater efficiency (Herman .R.K, et al.,2005).

There are different screening variations which are used to identify genes that cause a mutants in phenotype of interest. Some of them are as follows :

Enhancer screening is used to screen an mutant individual with known genetic mutation. It can further be used to screen an individual with additional gene mutations that has its major role in biological and physiological processes. It is the mutation in one genes that causes the intensification of phenotype resulted due to mutation in another gene. The genetic enhancer screening identifies a mutations which enhance aphenotype of interest in already mutant individual.

Source http://www.wormbook.org/chapters/www_geneticenhancers/geneticenhancers.html Synthetic interaction betweenmec-8andsym-3.(A) Themec-8; sym-3double mutant has a highly penetrant defect: the anterior tip (arrow) of the pharynx is not properly joined to the anterior tip of the body (arrowhead), and a functional mouth is not formedThe mutants also have a bulbous nose, an enlargement of the anterior-most part of the body, which is particularly evident in the example shown here. The junction of the pharynx and anterior end of the body is normal in thesym-3single mutant (B) and in themec-8single mutant (C).

It is a type of screening technique which involves performing temperature shifts to enhance a mutant shift. The organism grown at a lower temperature will have normal phenotype whereas at higher temperature the mutation in that particular gene will make it unstable. For example Lee Hartwell and Paul nurse independently carried out temperature sensitive screening to identify mutants defective in cell cycle S.cerevisiae and S.pombe.

Presymptomatic screening is used to screen the patients whose health is in danger.

Carrier screening is used to carry out the analysis of individuals with a gene or a chromosome abnormality that may cause problems either for offspring or the person screened.it is carried out in healthy individuals where there can be a risk of genes harmful to offsprings or future generation. This can be done by testing of blood or tissue samples and can show the presence of a particular genetic trait, changes in chromosomes, or changes in DNA that are associated with inherited diseases in asymptomatic individuals. For example carrier screening is done for sickle cell anemia, Tay-Sachs disease, duchenne muscular dystrophy, hemophilia, Huntington’s disease, and neurofibromatosis.

Prenatal screening is carried out in a fetus when it is at risk for various identifiable genetic diseases or traits. It began in 1966.

Newborn screening is related with the analysis of blood or tissue samples taken in early infancy in order to detect genetic diseases for which early intervention can avert serious health problems or death. Newborn screening was started in 1960 with the ability to test newborns for a rare metabolic disease, phenylketonuria (PKU). Two other examples of newborn screening are the testing of African – American infants for sickle cell anemia and Ashkenazic Jews for Tay-Sachs disease.

Forensic screening is used in criminal investigations it is used to to discover a genetic linkage between suspects and evidence discovered in criminal investigations. As DNA of each and every person is unique, many people are reluctant to see such information become part of any national database, which might include information not only about identity but also about proclivity toward disease or behavior.

Susceptibility screening is a technique which is used to screen a selected population for genetic susceptibility to environmental hazards. It helps in the identification of workers who may be susceptible to toxic substances that are found in their workplace and may cause future disabilities.

Types and Uses of Genetic Tests

Maternal serum alpha-fetoprotein (MSAFP) screening, enhanced MSAFP, amniocentesis, chorionic villus sampling (CVS), percutaneous umbilical blood sampling (PUBS),fetal biopsy and fetal cell sorting are some of the genetic screening tests which are currently available for pregnant women. MSAFP is a blood-screening test. It is performed at the 16-18 week gestation date and it tests for spina bifida. Enhanced MSAFP is also a similar type of blood-screening test that measures levels of certain biochemical markers to test for the presence of Down’s syndrome. But the only thing is that this test only has an accuracy of 60-65%. Amniocentesis is performed at the 16-18 week of gestation. Amniocentesis uses amniotic fluid to test for chromosomal abnormalities. It is also used to find biochemical abnormalities at the genetic level, it helps in detecting up to 180 genetic disorders. CVS i.e, chorionic villus sampling screening is performed at 10-12 weeks into gestation and it uses chorion tissue for chromosomal analysis in biochemical and DNA studies. It is not widely used because this test has a drawback of correlation to produce newborns with limb abnormalities. ).Percutaneous umbilical blood sampling, PUBS is performed after week 18 . PUBS is used only as a confirmation test based on results from previous other tests. In fetal tissues are taken for DNA testing . Fetal cell sorting includes an experimental procedure in whcich blood is taken from mother and fetal cells are tested in mothers blood.

Oberle,I. D.& Camerino.G, 1985 carried out genetic screening for hemophilia A(classic hemophilia) with polymorphic DNA probe. They collected blood samples after informed consent from13 families and carried out coagulation and immunologic assay. In this experiment they develop a new technique to screen the patients for hemophiliaA in the families at risk for the disease. A DNA probe (St14) that detects a very polymorphic region on the human X chromosome has been shown to be closely linked to hemophilia A. They observed that there was no recombination between the St14 locus and hemophilia A in 12 families studied. The odds in favor of linkage are 4.4 x 109to 1 (lod score, 9.65). They found that there was 0 to 6.5% probability of the 95 per cent confidence interval of a recombination between St14 and hemophilia A. This informative DNA probe which causes families in risk of hemophilia A in more than 90 per cent, can be used in conjunction with classic biologic assays to identify carriers with an accuracy of 96 per cent or more. If a small risk of misclassification due to crossover between the test and the disease loci is accepted, this DNA marker should allow first-trimester prenatal diagnosis of hemophilia A. Segregation analysis with St14 may thus represent a major improvement in genetic counseling for hemophilia A.

Though genetic screening is beneficial to society it has a got lot of controversies because by using genetic marker to check for genetic disorders is definitely beneficial to society because due to early diagnosis a preventive symptom treatment can be given by early medical assisantnce but however many a times it is observed that if a genetic disorder is detected in fetus then fetus is readily aborted. So here a controversy comes because no one has got right to end anyones life. Also many a times it happens that individuals carrying a genetic disorder or diseases are being discriminated by society or by health insurers and employers.

Hence this genetic screening has brought up a new legal, social and ethical dilemmas.