Bacteriophages are one of the most widely studied organisms than that of bacteria and any other living organism. They are mainly used in that of molecular biology studies, because of lesser complexity they are usually preferred over other organism.

A bateriophage is a bacterial parasite which can neither grow or replicate on its own but can do so within a given organism.

The filamentous bacteriophages are single stranded DNA phages about 5.5nm in diameter and they usually are present in a ring like form. They show the presence of about 10000 nucleotide and they usually harbour in Gram negative host. They usually adsorb on the tail like component called sex pilus which is responsible for the transmission of plasmids. The major properties of these virus are that it does not harm the host.

The other general properties of filamentous DNA phages are as follows:

Three filamentous E.coli phages i.e M13,fd, f1 have been carefully studied and each of them have a life cycle similar to that â±·174.

M13 is a filamentous bacteriophage it has circular ssDNA. It contains about 6407 nucleotides. It contains major coat protein P8 and it capped with 5 minor protein P9,P6,P3.P3 protein attaches to the tip of the pilus E.coli. They are non-lethal and they form turbid plaques in Ec.oli they bring about reduction in the cell growth process. They are also used for structural studies.

The phage particles: The phage is assembled by that of 50 amino acids protein called p8.It takes about 2700 copies of p8 to make about the coat 90 nm long.It has been seen that is quite flexible .Other distinct proteins which are usually present P9 mainly comprises about 5 copies.

P7 &p9 are usually seen in micrographs they are extremely small in size containing about 32-33 amono acids.The other end of the phage particles contain about 5 copies of the surface exposed p3and less exposed accessory protein p6.They form a rounded tip and the p6 is the the final protein to interact with the E.coli host during invasion.

The filament phage uses the F pilus to infect E.coli with the M 13 tip containing the TolA protein on bacterial pilus. The phage genome is transferred to the cytoplasm of E.coli where the resident protein convert single stranded DNA genome to a double stranded replicative form(RF).This DNA acts like a template for the expression of phage gene. The second phase mainly involves amplification of the genome p2 it nicks the double strand form of the genome to initiate the replication of strand without which no replication occurs. Host enzymes replicate the(+) strand resulting in more copies of dsDNA.p5 competes with ds DNA formation by sequestering copies of the (+) stranded DNA into a protein/DNA complex designed to pack recovery phages. Another important protein p10 is important for regulating the number of ds genome in the bacterial host without which no strand an accommodate .Phage maturation requires p4 translational restart p11.Multiple copies of p4 assemble in outer membrane into a table barrel shaped structure.A number of p1 and p11 5/6 copies each)assemble inside the inner bacterial membrane.p1 p11 ans p4 together they are responsible for the release of mature phage.

Replication in m13 can be explained as follows;

Single stranded RNA are found everywhere E. coli lives in the intestinal tract of man and animals. They can also be found in sewage samples .They are harmless creature in case of humans.RNA phages are tailless, icosahedron like that of Ï•174 and it mainly involves E. coli phages f2,R17,MS-2& Qβ. The RNA is a linear single stranded molecule having about 3600 nucleotides it contains 3 genes encoding a coat protein an attachment protein (A) and a RNA replicase. The RNA molecule acts both like a template and also like an mRNA so they do not possess a DNA polymerase and the regulation occurs at the translational level. They have large burst size and they form huge crystalline arrays within each bacterium. Cell lysis usually takes place at a time ranging from 30-60 minutes after infection.

Virus structure: Virions contain about 180 copies of the coat protein arranged in a T=3 icosahedral shell that encloses THE RNA. alloleviviruses contain about 15 copies of the read through protein.the encapsidated RNA is resistant to ribonuclease treatment.The damaged virion are exposed to RNAase activity.The structures have been resolved by x-ray diffraction methods 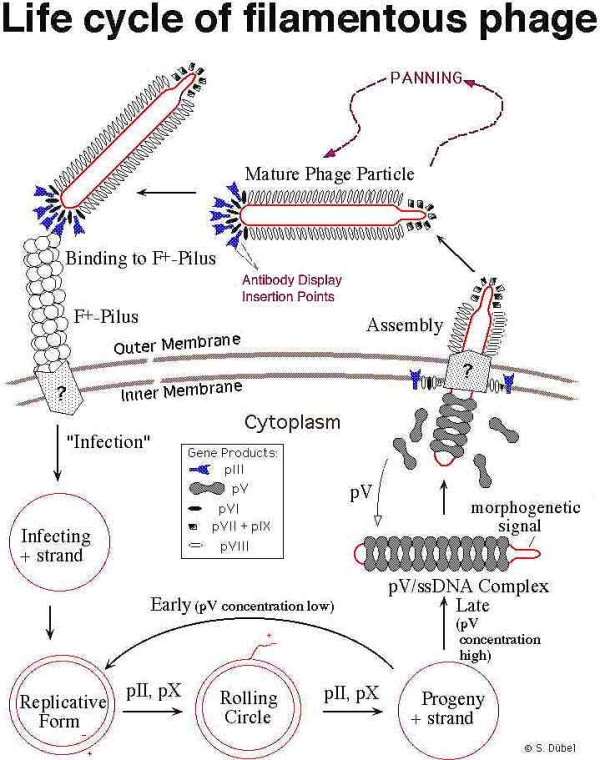 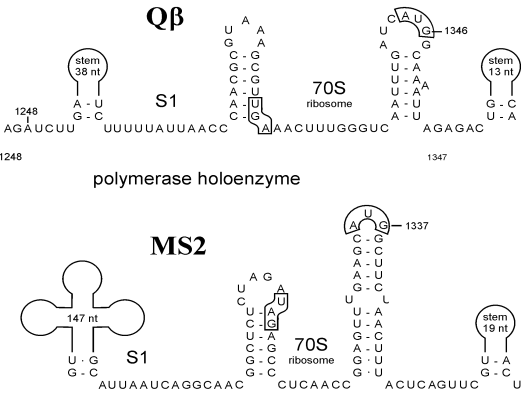 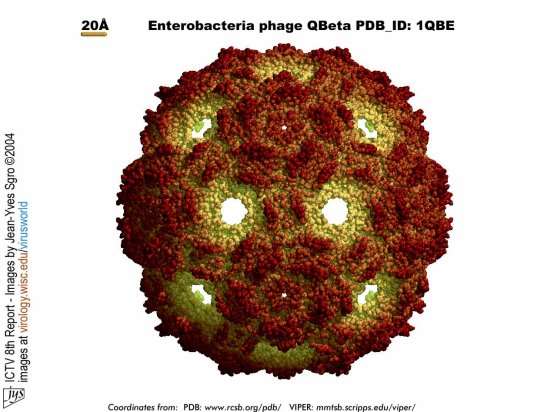 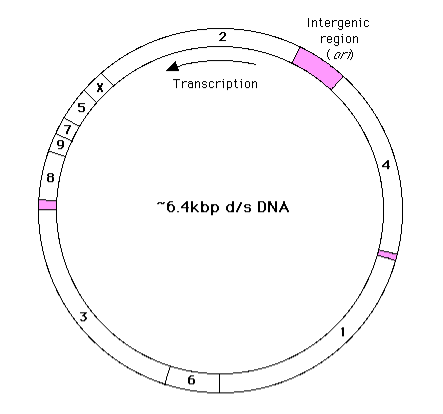 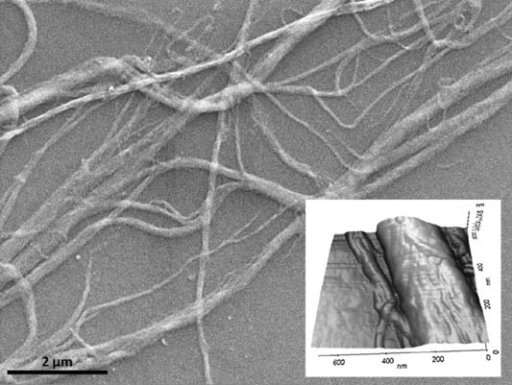