Experiment on Amount of Dissolved Oxygen in Water

Water covers 70 percent of the earth and made up of 55% to 78% of the human body; it is the most abundant compound on the planet. It’s exists in liquid, solid, and gaseous states in nature; at room temperature, it’s a tasteless, odorless and colorless liquid (Water structure and behaviour, 2014). Water in chemical formula is H2O, two hydrogen atoms each share one electron with the oxygen atom to form two covalent bonds and make a water molecule. The outer shell of oxygen is now full with 8 electrons and remains stable; thereby it won’t further react with other hydrogen or oxygen atoms (graph 1). One of the important features of water molecule is that it forms and angle with hydrogen atoms at the tips and the oxygen atom at the vertex. The angle formed by oxygen and hydrogen atoms isn’t a typical tetrahedral angle of 109 degrees, because the presence of two lone pairs on the oxygen molecule pushes the hydrogen molecules closer together away from the lone pairs. This results in a smaller bond angle of 104.5 degree (Graph 2). The reason that water is primarily a liquid under standard condition is because that oxygen is more electronegative than hydrogen; hydrogen is attracted strongly by oxygen results in the side of the oxygen atom is partial negative charge, while the hydrogen end is partially positive. This kind of molecule with a separation of electrical charges is called a dipole meaning two poles. The charge difference allows water molecules to be attracted to each other and difficult to be separated, forming one single body of liquid. Each water molecules bond to maximum of four other water molecules with two hydrogen atoms accepted and donates another two hydrogen atoms to others (Graph 3). This type of bond is identified as hydrogen bond occurs when hydrogen atom bonds with oxygen, fluorine or nitrogen atom. Hydrogen bonding functions as two magnets stick together due to the opposite pole attraction. It is stronger than normal dipole forces between molecules. The force is categorized as intermolecular force, a force act between neighboring particles (Hydrogen Bonding, 2013). The extensive hydrogen bonding between water molecules is responsible for physical properties in water, including property of high melting point, boiling point since more energy is required to break hydrogen bonds between molecules. Water will be in gas, if the intermolecular force (force that holds water molecules together) is less than the thermal force that pushing the molecules apart; while, the boiling point is determined as a point between behaving as a liquid and gas (Intramolecular Force, 2013). Another relevant property is that water has a very high specific heat capacity, due to the presence of extensive hydrogen bonding between water molecules; a large amount of energy (heat) is absorbed in breaking the bond (Specific Heat Capacity of Water, 2014).

Water has a high solubility, due to it’s a polar molecule with both positive and negative charges. Dissolving occurs when water bonds and separates the anion and cation of a substance. Consider putting an ionic compound into water, the individual ions react with the opposite polarity regions of the water molecules with their ionic bonds broken. This process is called dissociation, where ions are formed with atoms breaking down from a molecule. The positively charged end of the water (H+) surrounds the negative ion of the ionic compound and the negatively charged end of the water (O2-) surrounds the positive ion of the ionic compound, this is called as a sphere of hydration, which separates the particles. This is the reason why water cannot dissolve non-polar molecule, because the polarity has no effect on a non-polar molecule (solubility, 2000).

In this experiment, potassium thiosulfate was used to titrate water sample collected in wetland at school; in order to simulate and determine the amount of oxygen dissolved in a normal river. The method used is called as Winkler Method, which involves iodometric titration; the amount of oxygen in the sample is determined indirectly via iodine. The method is considered to be the most reliable and precise method for DO analysis. DO presents in the river is relevant to the industry, river aquaculture, for the sake of keeping the oxygen level in a suitable range for aquatic animals to survive. There are a number of variables that affect DO presents in the river, temperature is the most crucial factor that should be taken into account. Since river’s temperature varies throughout the year with the change in the weathers or seasons. The temperature difference between summer and winter can be up to 10 degrees Celsius. Hence the experiment will focus on the effect of different temperatures on the amount of DO in the water sample. Theoretically, the amount of dissolved oxygen in the water is inversely proportional to the water temperature (table1). It’s clearly shown in the graph that as the temperature rises, the solubility of oxygen in the water decreases (graph 4). It’s recommended that DO analysis experiment should be done within the same day. DO level in the water source, where sample water is collected, may alter dramatically at different time. It then consequently becomes a factor that affects the final result.

Dissolved oxygen in water is defines as the amount of oxygen molecules that physically distributed in water. Notice that oxygen does not chemically react with water, since oxygen is a non-polar gas; the intermolecular force of hydrogen bond in water molecule itself is stronger than the induced dipole attraction between the polar bond in water and the nonpolar bond gas, oxygen. Water molecules will rather remain hydrogen bonded to each other, then to allow a non-polar molecule (oxygen) to come between them (Aquaculture, 2000).

Nowadays, commercial aquaculture is growing worldwide except in Africa. Fish and other aquatic organisms are a source of protein for human to intake. However, continues to harvest wild sources of fish will result in overfishing or even the loss of those aquatic species entirely. Aquaculture not only meets the human demand, but also allows wild species to breed and maintain the number of the wild aquatic species. There are a couple of aspects to look at in the aquaculture industry. The amount of dissolved oxygen in the water is relevant to maintain the water quality for fish and aquatic species to grow. Oxygen is important in respiration and metabolism processes in any animal. Particularly for fish, the metabolic rate is highly related to the oxygen concentration in water. For cold-water fish, the minimum DO requirement is 6mg per litre; for both tropical freshwater fish and tropical marine fish, it’s 5mg per litre. Once the level of DO is lower than the minimum requirement, fish may be affected by tissue hypoxia, their swimming activities will decrease and their immunity to diseases will also reduce (Aquaculture, 2000).

The titer determines the amount of oxygen dissolved in the water sample with one mole of O2 reacts with 4 moles of sodium thiosulfate. The amount of oxygen concentration can be calculated from the above analysis with the following formula:

Notice that the unit is one milliliter of oxygen per litre of water, which can also be transferred into mg per litre.

It’s predicted that the lower temperature will result in a higher solubility of oxygen in water. Under the condition of high temperature, oxygen gas forms weak molecular bonds with the water molecules. As a result, oxygen molecules will rise towards the surface and escape to the atmosphere, consequently reducing the amount of oxygen gas dissolved in the water. The solubility of oxygen is compared between cold river water and heated river water within this experiment, whilst other variables are kept constant; including the size of the beaker, the location where river water is retrieved from and the solution used for titration. 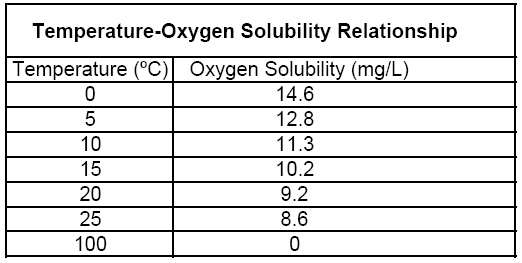 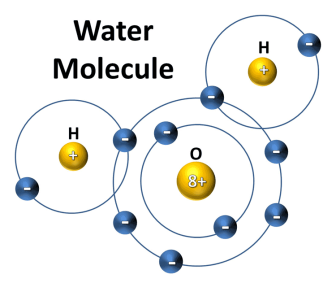 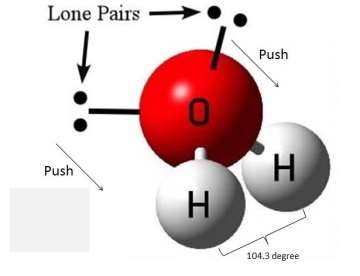 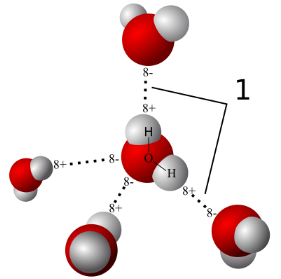 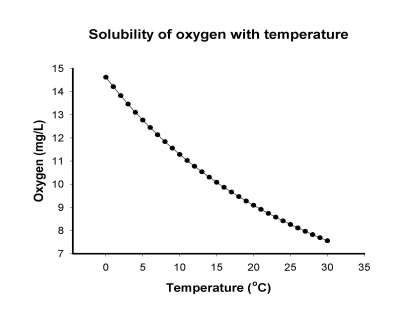 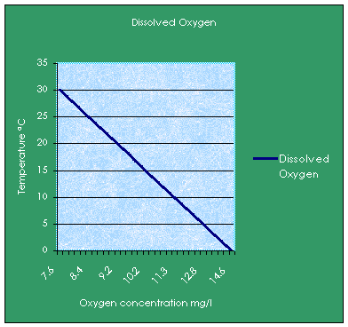