Nanotechnology is about observing and manipulating matter occupying the nanoscale, which is ranges from 1 nanometre to 100 nanometres (Nanodic.com, nd). A nanometre is one billionth of a meter or 100 000 times smaller than the width of human hair (DigPhilosophy, 2013). Nanotechnology is a principle factor in improving hydrogen fuel cells, which are devices that harness the energy of hydrogen to make electricity via a chemical reaction without combustion (CHFCA, nd). These devices will be crucial as they are utilized to make zero carbon – footprint cars. Reducing the carbon footprint of humanity will reduce the far reaching effects of global warning, which encompass ecosystems and agriculture among other variables (Barret, nd). Therefore, the development and implementation of hydrogen fuel cell cars will have a great influence in safe – guarding life in our planet.

For any project to go forward to the physical research stage there must be internal and/or external sources of finance. Some examples include government grants, companies and non – profit companies (Understanding Science, nd). For my own research, the most appropriate source of finance would be family’s income. This is because I will solely be carrying out secondary research.

Creating a budget for Research[DS2]

The budget required for my research entails the consideration of the following:

In order to carry out the necessary research I used the Internet’s extensive database. The techniques involved in this kind of research are web browsing, which involves writing the topic or question you wish to explore in a search engine and extracting revelation information from the sources that appear. The other technique involved is referencing with the world renowned Harvard referencing model.

Although Nanotechnology has an array of very useful applications some ethical concerns were raised against its implementation. Such concerns revolve mainly around the fact that it is not yet clear whether nanoparticles can, in fact, interact negatively with our cells. There are already examples of other types of particles of similar dimensions causing harm to our bodies. Such an example would be car fume particles being deposited in our lungs (techNyouvids, 2013) and possibly causing cancer, cardiovascular diseases and asthma attacks (Nairaland Forum, 2013). It is therefore only logical to question whether nanomaterials will have the same or worse effects on our health. As a result, more research would have to be carried out if Nanotechnology is to be an established discipline with common practice within society.

A: Reducing the cost of the catalysts

Nanotechnology can reduce the cost of the catalyst (normally Platinum) used in a hydrogen fuel cells as less of the catalyst would be used (Soutter, 2016). In order to scale down traditional catalysts, the top – down manufacturing process can be used, which involves breaking down material of larger dimension into the desired nanomaterial (GrennFacts, 2016). Notable disadvantages of this process include the fact that a lot of material is wasted ([2] Nano.gov, nd). and that approximately 250 complex steps are required to have the finished product (NanoScale Systems, 2015). An alternative technique is the bottom – up manufacturing process, which entails building nanomaterials by constructing single atoms and molecules (GrennFacts, 2016).

Additionally, since the catalyst is at nanoscale it will have a greater surface area; increasing the reactivity of the catalyst and so the speed of the fuel cell’s chemical reaction (Nano.gov, nd). The benefits can be further developed by the introduction of porous nano support structures such as nanotubes, which would make the platinum nanoparticles even more accessible for reacting (Soutter, 2016). This would mean that electricity would me delivered to the motor more quickly and so increase the acceleration of the hydrogen fuel cell vehicle. Such an improvement would definitely make it more competitive in the market and aid fuel cell cars to enter into mainstream industry waters.

Furthermore, the development of nitrogen doped nanotubes can replace platinum catalyst. Hence reducing the cost of hydrogen fuel cells since the cost of the catalyst amounted for 25% of the overall fuel cell cost (Soutter, 2016). The cheaper cost of nanotube catalysts is not the only advantage they offer; they will also provide the fuel cell with the same or greater power output compared to the standard platinum catalyst. It is also important to consider the fact that nanotube structures are also stronger than conventional catalysts meaning they are not compromised by carbon monoxide when reacting chemically to create electricity. Such improvements would mean that fuel cell cars are even cheaper; more powerful and have a longer running life. As a result, Nanotechnology is certainly aiding this emerging car technology to enter the main road of the 21st-century commercial vehicle industry. 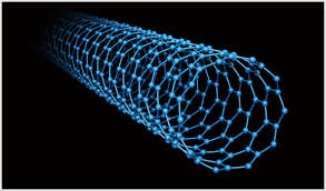 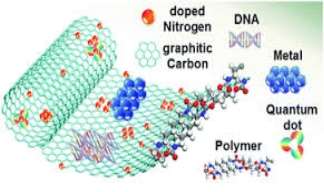 B: Reducing the cost of hydrogen production

Around 75% of everything in our universe is in fact hydrogen (Dnews, 2015). As result utilizing this abundant element to fuel our cars seems like a well-funded idea. Its production is also not in its infancy of development as the U.S creates 9 million metric tones of hydrogen annually (Dnews, 2015). However, current methods of hydrogen production are not ideal. An example would be that the method of obtaining hydrogen by breaking natural gas with high temperatures and pressures produces carbon dioxide. Another procedure involves splitting oxygen and hydrogen atoms in water with electricity, formally known as electrolysis (Dnews, 2015). Unfortunately, electricity for electrolysis is mainly obtained through the combustion of coal that is another carbon dioxide emitting process. The process of hydrogen production is also a notoriously expensive procedure, which is part of the reason for the lack of implementation of hydrogen fuel cell cars.

Interestingly, however, creating new catalysts can also reduce the manufacturing of hydrogen. Since hydrogen can be produced by decomposing natural gas, which requires being passed over silicon or aluminum catalyst (BBC Bitesize, nd), a decrease in the price of the catalyst would directly reduce the cost of manufacturing hydrogen.

There have been numerous collaborations in order to improve the durability of batteries. One exciting development are nanowire batteries, which are now said to be able to withstand 200, 000 rounds of charging due to work at the University of California Irvine. Nanowires are made from gold and future developments could potentially provide the world with the first battery that does not require recharging. Another type of battery using nanotechnology has been developed by the MIT that last three times as long as current options on the market and it can be fully charged in just 6 minutes; they have named it nano ‘yolk’ (Pocket – lit, 2016). Such developments would not only mean hydrogen fuel cell cars become mainstream vehicles but the main way of transport for our ever growing population (Pocket – lit, 2016). 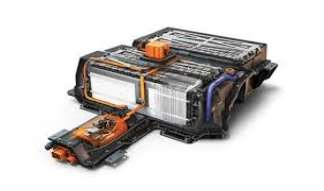 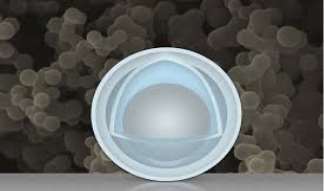 A recent paper (ACS Nano) has suggested Sodium borohydride (NaBH4) as an absorptive storage compound for hydrogen. The paper by leading author Dr. Kondo – Francois Aguey – Zinsou also stated that NaBH4 can absorb hydrogen so that it gives hydrogen fuel the same energy potential as that of petrol in a similar fuel tank. This would improve the safety of hydrogen storage since the compound NaBaH4 doesn’t release hydrogen significantly at cabin temperatures, ranging from 57.3 degrees Celsius to 60.5 degrees Celsius (Manning, R., Ewing, J., 2009) [DS4]However, the compound does have to be engineered in the nanoscale and it has to be engulfed in a nickel shell. Moreover, the sponge-like compound (NaBH4) only releases hydrogen predominantly at 350 degrees Celsius (The A Register, nd). 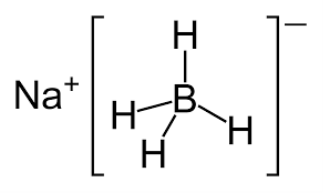 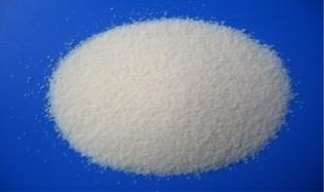 Overall the micro research project was carried well. I managed to acquire information from the Internet related to my chosen topic. Although a modification I would make for future report-writing would be to explore my general and then specific subject area before writing my report. I would do this because it will provide me with greater focus from the preliminary stages.

In order to further the research work in this report, I would like to carry out primary research on the topic of ‘producing hydrogen with no greenhouse emissions’ and on whether water vapor is a worse greenhouse gas than carbon dioxide.