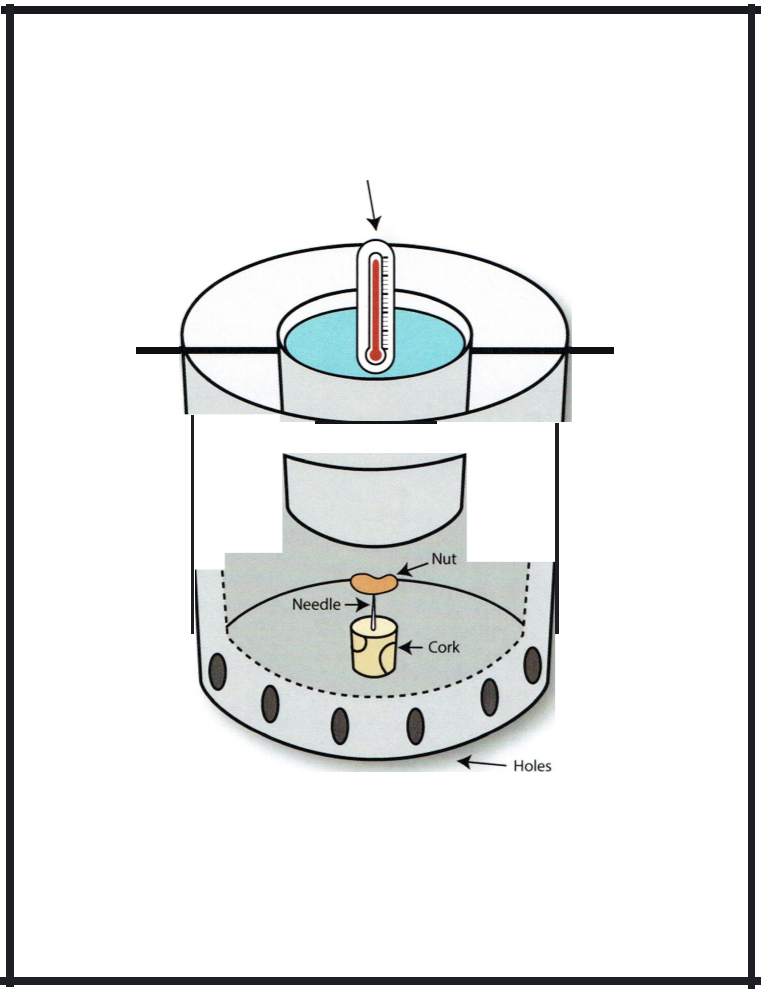 A Bomb Calorimeter is a device that uses heat to find out how many Calories are in foods but in this case it will be used to find out how many Calories are in these nuts. There are two different kinds of calories the first type is a normal calorie with a lower case c that is the amount of energy needed to heat 1gram of water to 1°F. The other type of calorie is with an upper case C,this Calorie is equal to 1000 normal calories and are called Kilo Calories or Food Calories. I believe that the cashew will contain the most amount of energy and Calories because of the oils that the cashew produces

The bomb calorimeter is made up of a large and small tin can, a metal rod, a cork and a needle. I will also need a thermometer that measures in Fahrenheit, a food scale capable of measuring in grams, a measuring cup, and 10 of each nut. I used these materials to create the calorimeter by opening up the top and bottom of the large can and opening only the top of the smaller can. Then I hammered in 2 holes equal to each other in the bigger and small can. Then I stuck the metal rod through each of these holes. Then I opened up 8 holes on the bottom of the can and placed the blunt side of the needle into the cork. To do this experiment I poured half a cup of water (118 grams) into the smaller can and placed the nut on top of the needle. Then I lit the nut on fire and quickly placed the cans over the nut. I took the temperature of the water before and after I did the experiment to find the change in temperature which is an important part of my experiment. The variable for my experiment are: the type of nut as the Independent Variable, the amount of water used for each trial as the Dependent Variable, and the amount of Calories for each nut as the Constant Variable.

Have you ever wondered how many Calories are in the types foods you eat every day? For this experiment I will be using use a Bomb Calorimeter which uses heat to find out the amount of Calories in the food item. The purpose of this experiment will be to find out how many Food Calories are in certain foods. I will be building my own Bomb Calorimeter out of tin cans and I will be testing out 3 different kinds of nuts. These nuts are almonds, cashews, and peanuts. The end objective of this experiment will be to find the average amount of Calories in each nut.

In this experiment I will not be eating the nuts but instead I will be using calorimetry. Calorimetry is the science of measuring through heat, in Latin the word “calor” means heat and “metry” means measure. Calorimetry is also the measurement of the amount of heat exchanged. Calorimetry can be used to find out home many Calories are in food. Calories are a unit of energy or heat that all types of food are sources of. In food, built in energy is measured in Calories. Calories with a capital C are called Food Calories and equal up to 1000 calories, a calorie with a lower case c is the amount of energy it takes to heat 1gram of water to 1degree Celsius. To find out the amount of Calories in the nut I will have to divide the change in degrees Fahrenheit by the amount of grams in the water. I will be testing this experiment 10 times for each of the three nuts I have chosen (peanut, almonds, and cashews). For this experiment I will place the nut into a metal container and light it on fire. As the nut burns another container that is filled with water will absorb the heat and its temperature will rise. It will most likely combust if I do everything correctly in the experiment. I believe that the cashew nut will hold the most energy calorie-wise because of its size and the amount of oil in the nut and in the outer shell of the cashew.

Food scale that measures in grams

A Large and Small Metal Can 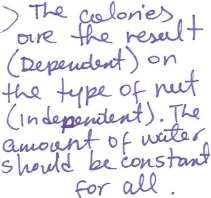 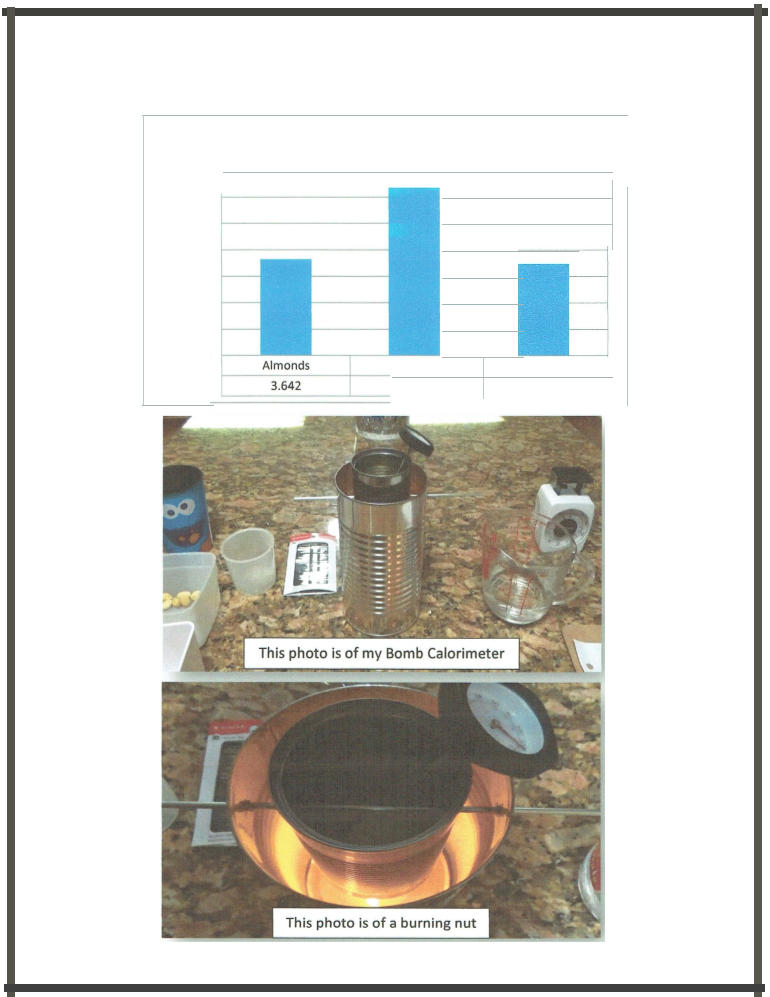