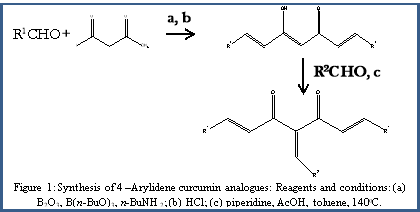 Nuclear factor-κB (NF-κB) is a transcription factor that is essential in the regulation of immune and inflammatory responses.1 It influences a diverse target of gene expressions that regulate apoptosis, facilitate cell survival, proliferation, and differentiation.1,2 Before cell stimulation, NF-κB dimers that are located in the cytoplasm are inactive.3 Prior to activation, NF-κB dimers consisting of RelA, c-REL, and p50 are held in the cytoplasm by inhibitory κB (IκB) proteins.3,8 The IκB kinase (IKK) complex is activated by various extracellular signals such as proinflammatory cytokines and viral infections.3,4 This IKK complex phosphorylates two conserved serine residues and targets NF-κB-bound IκBs, which results in ubiquitin-mediated dissociation of IκB from NF-κB, thus leading to translocation of activated NF-κB into the nucleus.2,7 The activation of NF-κB promotes tumor invasion, metastasis, and allows malignant cells to escape apoptosis. Consequently, many chemotherapeutic drugs have been found to activate NF-κB, thus contributing to chemoresistance and chemotherapy failure.3 Increasing evidence suggests that, the inhibition of NF-κB activation can reduce chemoresistance and improve the effectiveness of chemotherapeutic agents.3

Among the compounds that have been reported, curcumin was found to inhibit the activation of NF-κB and thus, induce apoptosis in tumor cells.6 Unfortunately, its clinical applications remains limited due to its poor bioavailability and low potency6, these prompted researchers to chemically modify curcumin in order to increase its potency against NF-κB and cancerous cells.8

NF-κB is principally activated by IKKβ in its well organized signaling pathways.2,7 As a result, Qiu et al.8 choose three potent newly synthesized 4-arylidene curcumin analogues A, B and C to directly investigate their effect on IKK enzymatic activity, with curcumin used as control. Report was given that upon stimulation of A549 cells with TNFα, TNFα induced considerable IκB phosphorylation followed by degradation of the phosphorylated IκB. However, following the treatment of the cells with curcumin and its newly designed analogue, respectively, curcumin inhibited IκB phosphorylation and degradation at high concentrations, while the selected potent newly synthesized curcumin analogues significantly inhibited IκB phosphorylation and degradation at a lower concentration with IC50 values in micromolar range of 2.2 – 5.0 μΜ. Again, this showed that the 4-arylidene curcumin analogues exhibited greater inhibitory activities against IκB than curcumin. In another study, Kasinski et al.4 proposed that the inhibitory activities of curcumin and its analogues may be a result of direct inhibition of IKKβ kinase. To examine this model, the authors performed a reconstituted IKK inhibition assay with recombinant IKKβ, report showed that the addition of curcumin in various tested concentrations had no significant effect in inhibiting IKKβ.4 However, in this issue8, the selected newly synthesized curcumin analogues induced a dose dependent inhibition of IKKβ. Thus, the structural modification of these curcumin analogues results to improved inhibitory activities over curcumin in the in vitro IKK kinase assay.